Not often can we say that we get to tinker on classic cars.  Now a days it’s all about computers controlling everything, and being fast no matter what the cost.  Our friends at RS Autosports have in their possession a special little car that many might not even know, but when I walked into the shop and saw it there I was pretty much in awe.  The lines, the looks, the nostalgia is something that you don’t quite get with modern cars these days.  It’s timeless and simple construction really comes to life with this nicely restored version of VW’s little convertible sports car from over 50 years ago!

RS Autosports asked me to strap the car down on the dyno and get some base line runs from this little guy.  While no one really knows what exactly the motor consists of the owner was told it is a built motor, which happens to be fed by a turbocharger (non-intercooled) that is pumped through a pair of Dellorto DRLA40 carburetors and a made for turbo twin carb rising rate fuel pressure regulator to apparently compensate for fuel under boost.

Carburetors are something we generally don’t deal with these days, and while I knew I wouldn’t be able to do any major adjustments as I don’t have any parts for these carbs on hand we thought we would run it anyway and see where we’re at and maybe with some tweaks to the fuel pressure regulator we can get the needed adjustments.  It was claimed that the car has been tuned as is from the previous owner though. 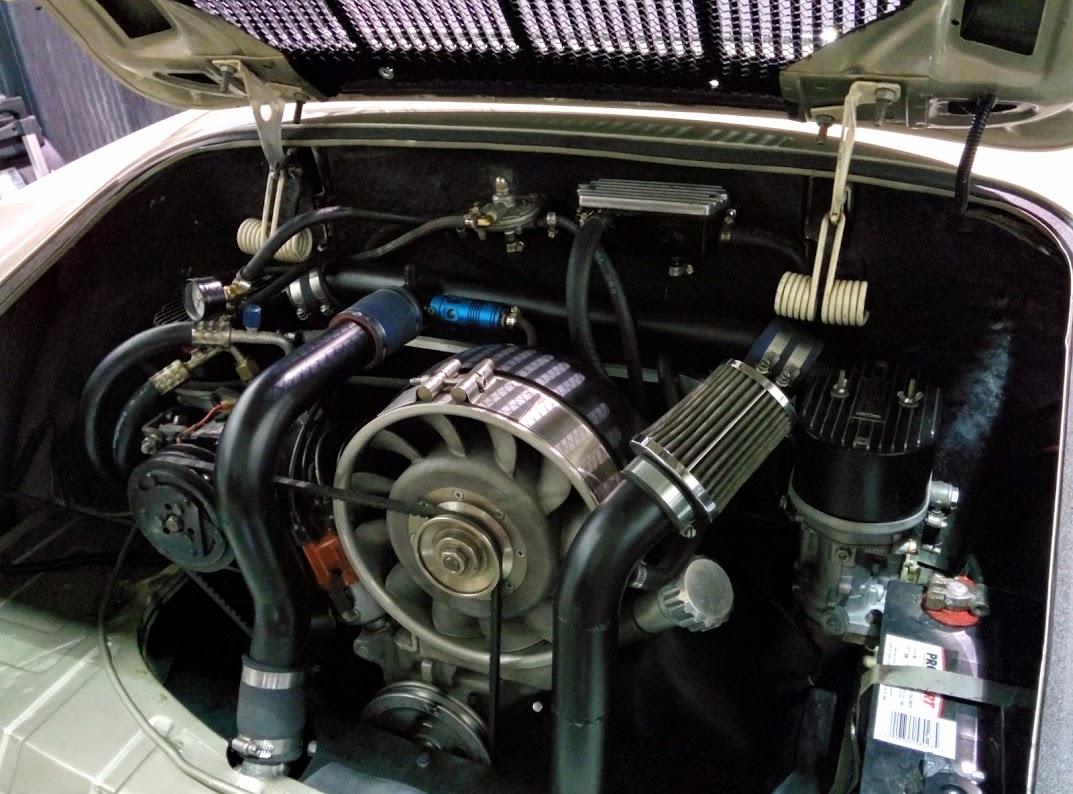 Of course after firing it up we already noticed a few issues like the carbs leaking fuel out of some of their gaskets (both of them) and an overly lean idle which translated into a lean running motor throughout the engine load/speed ranges.  Even adjusting the fuel pressure regulator didn’t seem to make much difference so the carbs were clearly getting fed enough fuel, there just wasn’t enough getting in the motor.

She put down a respectable 93whp @ 8 psi, with no doubt more in it if there were a way to get fueling under control.  We started with a few diagnostics like checking fuel pressures and vac/boost lines to the various components.  But in the end we simply had to leave the car as is, with the fuel leaks and no ability to change out the jets we surrendered to the car and took it off the dyno just to admire its fantastic lines once again.

Maybe one day it will be back and we will have another chance to strap it down to get another baseline, and have some jets ready as well!